I am an early-career researcher with a highly multidisciplinary academic background in the humanities and social sciences. My research interests are affect theory, cybernetics, history of neurosciences and social engineering. Theoretically and methodologically my work is rooted in cultural studies, political history, science and technology studies and critical studies on neurocultures.

My research has been published in journals such as Theory, Culture and Society, The Sociological Review and European Journal of Cultural and Political Sociology. 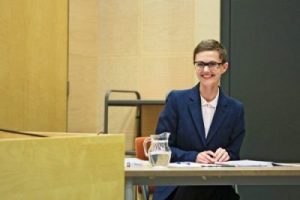 Currently I am working as a postdoctoral research fellow at the Turku Institute for Advanced Studies (TIAS). I am also a leader of the consortium Communication across borders: Shifting boundaries of politics, science and public relations funded by the Helsingin Sanomat Foundation and a columnist for Yle. My thoughts about academic life can be found here.

From August 2018 to December 2020 I worked as a researcher in the consortium Tackling Biases and Bubbles in Participation (BIBU). My research in the consortium focused on the Finnish political elites and political economies of strategic communication firms (with Dr. Matti Ylönen).

My TIAS project Organising the Disorganised: Social Engineering in Post-War Finland, 1945–1955 sets out to conceptualise and theorise the complex, controversial history of behavioural governance as social engineering, marking interactions between rationalisation, psy-sciences and the state. In the project, social engineering is conceived as an arena in which behavioural experts meet and the scientification of the social shapes the conditions of possibilities for the working population. Thus, the study can be described as a genealogical analysis of post-war technocratic rationalism.

The project builds on analysis of archival material on the knowledge exchange between Finnish and American industrial hygienists and literary material, which contains advice manuals for industrial rationalisers and psychologists, as well as management literature for foremen. The project offers a unique perspective on social engineering as a powerful biopolitical tool for state planning, aimed at governing the health and vitality of the population through welfare management and a mechanical understanding of the working body. By means of a history-based analysis, the project contributes to the globally vital discussion on the utilisation of neuroscientific and behavioural ideas in policy-making processes.

I defended my doctoral dissertation, Affektitehdas. Työn rationalisoinnin historiallisia jatkumoita [Affect Factory: Rationalisation of Labour in Historical Continuums] in September 2015. My thesis is an interdisciplinary work that engages with on-going debates concerning post-Fordist politics, affects and labour. I am also one of the founding members of a research collective Affective Capitalism developed at University of Turku in 2013–2015.

My dissertation received two awards: The Faculty of Humanities award for PhD of the year 2015 and the prize for a distinguished dissertation accepted in the University of Turku during the academic year 2015–2016 granted by Turku Finnish University Association.

From January 2016 to December 2017 I worked as a Research Fellow in a FiDiPro consortium ‘Social Science for the Twenty-First Century: Employment Activation and the Changing Economy-Society Relation’ funded by the Academy of Finland.